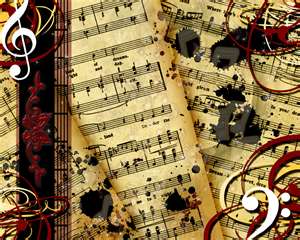 Grateful Blog: Day 91: I spent the morning writing 2 new songs. They’re coming lately in bunches. I can’t say why but I think finally having my CD ‘Ash and Bone’ done has a lot to do with that. The weird thing about being a songwriter is I never know when they’re going to come. I can prime the pump for sure; try to get in the right ‘space’, in the ‘flow’ as it were but sometimes it just boils down to some finicky combination of available time, restless energy and the sheer discipline of just doing it and not letting yourself get distracted.

The truth is I have no idea how or why it works. I spent several hours on one song this morning while it was raining furiously, the song was predictably moody, poetic and full of the melancholy I was obviously channeling. At some point I ran out off steam but felt it was close. I then noticed the bright sunshine that I’d failed to see for who knows how long it’d taken to get from downpour to just gorgeous out. I went outside, it was warm and suddenly and just as predictably, moody, poetic and melancholic felt inappropriate. I sort of reflexively went for something 180 degrees different, a little boogie-woogie thing and 15 minutes later something upbeat, catchy and weirdly compelling popped out.

I don’t know which song (if either) will last the numerous inevitable revisions they’ll be put through to get to ‘keeper’ status but I can tell you this: I’m still not sure why songs come. I’m still not sure that after the last one that another one will ever, ever come again. It feels that tenuous, like one day I might wake up and say ‘nothing inspires me’. I know that may sound funny or over dramatic but half a dozen years ago I had just had several years’ without writing a song. So it’s happened before and it crosses my mind that it could very well happen again.

So the thing is, they’ve been coming in bunches lately. So rain or shine, any day of the week, when a song wants to arrive I’m ready to open the tap and see what happens. Any day is always a good day for writing a new song. I’m just Grateful when they come…