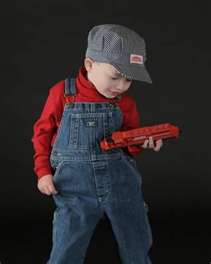 Grateful Blog: Day 69: I heard through the ‘grapevine’ that I’ve got a new fan these days. He’s a bit of a ‘mover and a shaker’ as it were. I don’t want to say his name because I don’t want to get him in trouble. He’s been listening to my CD ‘Ash and Bone’ a LOT and has become a really big fan very quickly. Clues? Well, his favorite song is ‘Take the Central GeorgiaHome’. He not much for long-winded prose and I’m not sure he’s ready to go on record yet in public, but privately he told a friend of a friend who knows my wife that he pretty much can’t be in the car without hearing it.

That’s pretty damn cool. In fact, its waaaay cool. Alright a few more clues? His name is Gavin? Ummm Gavin who? Well, I can’t say. That might just be the name he’s going by right now. The thing is he’s a BIG fan of mine and especially that song. I heard every time he gets in the car he yells ‘Mommy, play that train song!’ Seriously, Gavin’s like 4 now and a serious DUDE of the world. And his favorite song is ‘Take the CentralGeorgiaHome’. You can find it on my new CD at www.danwebermusic.com

I don’t know what’s cooler: That Gavin’s Mom is driving around playing my CD non-stop because she and her son dig it or that Gavin totally dig’s one of my favorite songs I’ve ever written. Either way I’m Grateful. I’ve sure gotta meet Gavin one of these days. Like I said, he’s a BIG fan of mine and well, I’ve gotta say in all honesty, I’m a BIG fan of his.