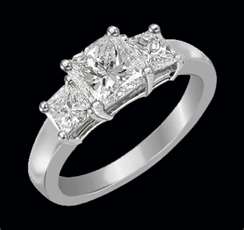 Grateful Blog: Day 78: Last night was typical Saturday night. I didn’t have a show to play but I did have at least 4 friends that had gigs. I meant to go to one or possibly 2. But then you know how that saying goes ‘Life happens when you’re making plans.’ An old friend called. I think we’ve known each other 16 going on 17 years now. When we met I was getting ready to ask my girlfriend to marry me. I made the tour of jewelry stores, big and small, downtown and in malls. And yeah, I even went to the Shane Company because I thought I ‘had a friend in the diamond business’ (I didn’t). I asked questions but mostly I think they see you coming like used car salesmen see you coming. My friend was working for a time at one of the other mall stores. What I remember most when he sold me my ring was he said ‘Look, it’s going to be beautiful. She will absolutely love it and she will say ‘Yes’. But if in some strange case she doesn’t, bring it back, no worries”. I have no idea if he could actually back up that boast but I was sold. Frankly, he’s about the best salesman I’ve ever known.

So I bought that ring from him and my girlfriend Diane said ‘yes’. The rest as they say is history. Except when I bought the ring from the guy I said ‘Well, if I’m going to spend that much on a ring, the least you can do is buy me lunch!’ It seemed like it took him back at first. Buy you lunch? But then he said ‘I’ll do one better, once your girlfriend says ‘yes’, call me, and then you can both come over for dinner’. So we did. Weird right? Perfect strangers. The salesman who sold me the ring. Perfect strangers until our wives met and we looked at each other and said ‘Uh, I think we’re friends now’.

So that was 16 years ago. We’ve seen each other’s lives change immeasurably since then. There have been some real triumphs like the birth of his son and some real low points, personal and financial where both of us despaired for the future. So when he called last night and said ‘I know it’s St. Patrick’s Day, but today’s the 11th anniversary of my brother’s death. Come over for dinner. I’m making soup’ (he’s the world’s BEST cook btw) I put off going out to spend the night seeing friends play music to re-connect with some old friends who I treasure dearly. The company couldn’t be better. We shared laughs and some of the same old stories we always tell and we talked about the future like it would always be there. The meal was this amazing homemade lentil soup; Desert was that morning’s leftover Voodoo Doughnuts. In a word it was perfect.

I had brought him a copy of my new CD ‘Ash and Bone’. He hadn’t heard it yet and he opened it, said we had to listen to it right then and there—loud(!), and to be honest it sounded better than I remembered it. He took out the booklet and asked me to sign it. For about 10 minutes I just stared at it because I had no idea what to write on it. There’s not enough room in a 5 inch square to say what needed to be said. As we drank wine and caught up I kept looking back down at that cover and wondered what I could say that would cover 16 plus years of friendship. Finally, standing there next to my lovely wife of 15 years I wrote the one thing that maybe scratched the surface of those years just a little bit: ‘I’m so glad you sold me that ring’.