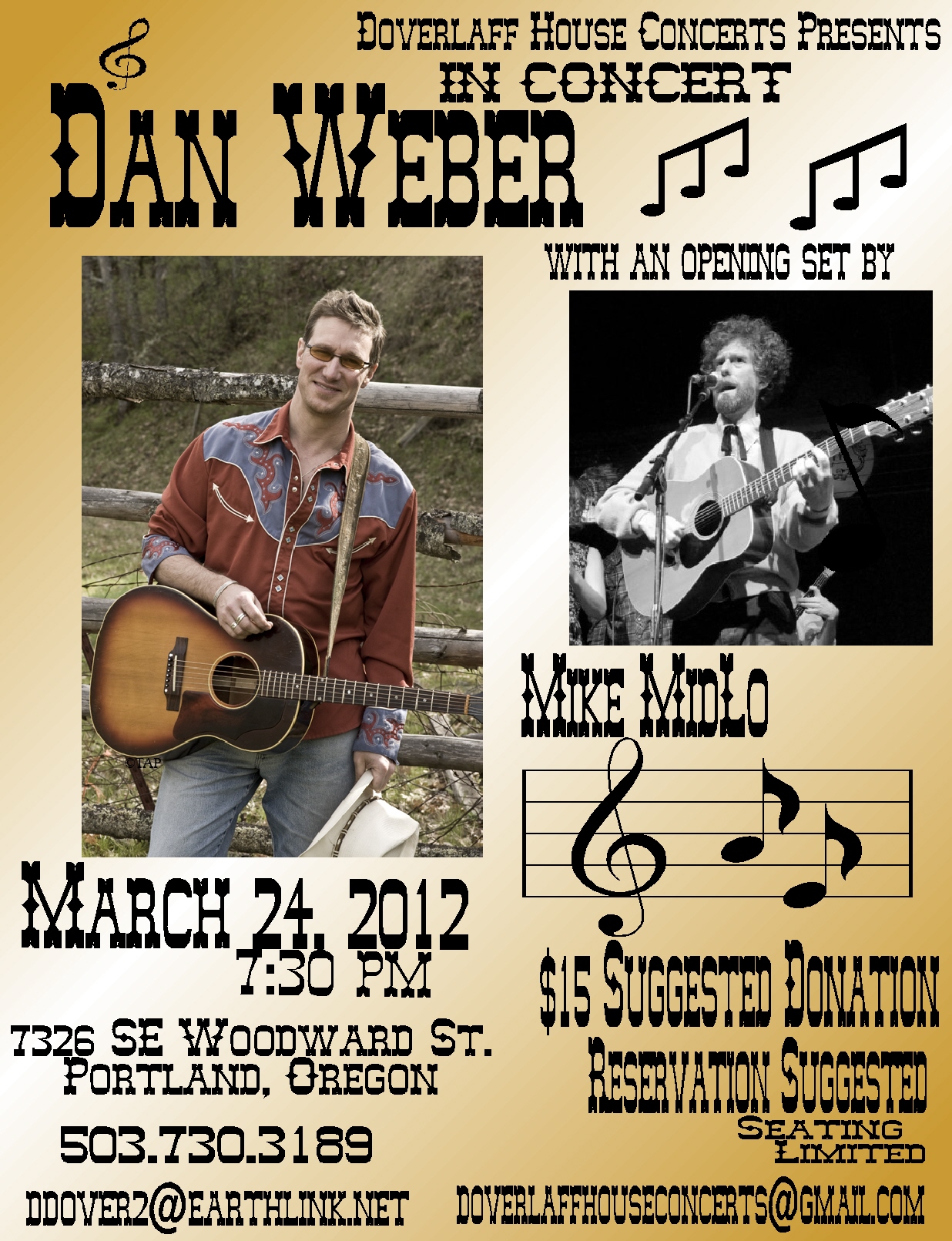 After yesterday’s Talent Show, I finished up my set list for the 2nd Official CD release show for ‘Ash and Bone’ and got ready for the show. The show was part of the Doverlaff House Concert series. It’s becoming legendary in the Portland area one epic show and fabulous artist at a time. It’s put on by Dan Dover and Cheryl Mitzlaff, 2 of the nicest people you’ll ever meet hosting musical acts in their home with 50 of the best audience members you could ever hope to have. In fact, it’s the polar opposite of the talent show: A full house and no judging. Its part concert and maybe part church service: The ‘Church of Song’ perhaps.

There’s something magical about the setting and the room, or I should say the people in the room. They show up early, stake out a choice seat, and then mill around with the artists prior to the show. Folks hug, catch up, and you can palpably feel the warmth in the air. Then the lights get set down low, the artist takes the ‘stage’, less than a foot from the front row, and then something special is about to begin.

There’s this beautiful mix of intimacy and electricity. At some point in the first set I played a brand new song, less than a week old. I wasn’t even sure I knew it. So just to highlight that (and because I’m a sucker for a certain degree of that high wire act) I got out from behind the microphone and played the song unplugged, acoustic and stood even closer to the audience. You could hear a pin drop. That might be scary for some musicians but for those of us who’ve played one too many noisy clubs the opportunity to really be heard is intoxicating. I think they loved the song as much as I did and somehow I believe they felt the experience as intensely as I did. It was truly amazing. The opposite is also true; with no real encouragement or direction that wonderful audience spontaneously bursts into song and sings along with you. Like being able to hear a pin drop, it’s also music to the ears. It’s better than that actually, it’s like being swept up in a wave and allowing yourself the freedom to enjoy the ride…

There are not enough words to describe how I felt about last night. Like the first ‘Ash and Bone’ CD release show it sold out and did so really quickly. I like to think it’s because my songs are getting better and because my shows are gaining a reputation for being special events. I don’t know. I guess I have no real perspective on that and maybe I shouldn’t. I’m just so dam Grateful when people spend their precious free time spending an evening with me, to let me tell my stories and sing my songs. It’s a bit like this blog. You start out thinking you’ll create something and then that something becomes more special than you ever imagined. And like the show at Artichoke Music, last night’s show was so, so special. It felt like part celebration, part graduation and part conflagration. For a little while we set the place on fire, fanned the flames and it kept us warm.

There’s nothing better for me than living in the moment and nothing better than that wonderful ‘Connection’ with the audience. Moments like last night define my life in a way I had no idea was even possible until I started this journey 4 years ago when I met Dan and Cheryl. I’ve often said that anyone you meet on any given night can change your life. It’s so true. And last night was just further proof of that. I’m so Grateful to be part of a circle of friends and a community that can still hear a pin drop, that loves to sing along on a chorus, that cries with you, laughs with you, and hugs you once beforehand and twice afterwards. Some night’s are better than other and last night was one or those…Amen! 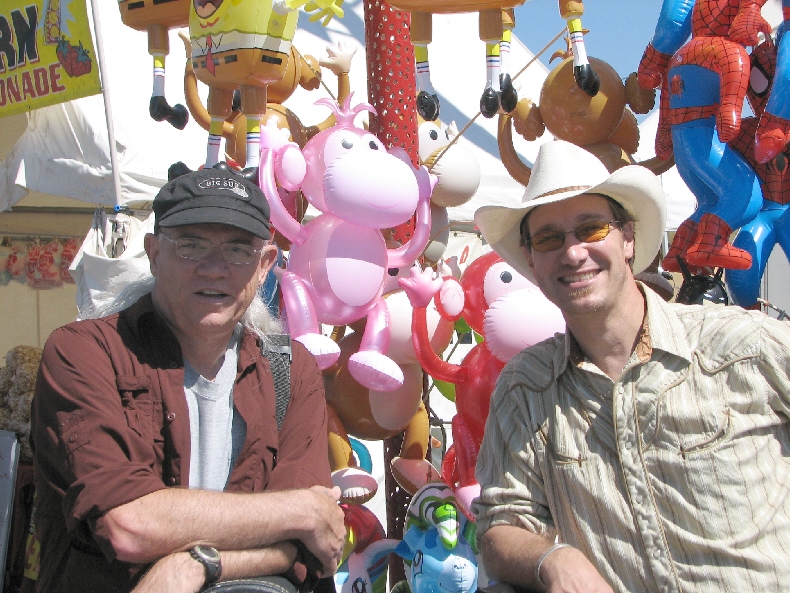 Grateful Blog: Day 49: About 4 years ago today, keeping a promise I made to myself 5 months earlier when turned 40 on September 11th, I played my first open mic. It was let’s just say a perfect storm of awful and terrifying. When I got up on stage the MC said ‘where are you from?’ so he could announce it as such. I think I mumbled ‘Vancouver’ until I was up there myself and then I explained to the audience of 2 that actually I wasn’t ‘from’ Vancouver, I was from New York. And specifically I was from ‘Western’New York. If you know me it may not surprise you that I followed that with a 7 minute story (I gave ‘em the abridged version—seriously!) of how I got from Western New York toVancouver. Then the guy running it came up and said ‘You only have 3 minutes left, you should probably play a SONG right NOW. And make it a short one’. I remember what song I played. I remember I played it too fast (and yet it was STILL too long), forgot some words and generally sucked. It was terrifying. I was awful. And I vowed to never play in public again.

But then I met this guy named Dan Dover and with our wives we had dinner and he brought his guitar and we traded some songs. Turns out he was another closet basement songwriter. Soon enough we went on a spree of open mics together, sometimes 2 in a night. By then I was hooked on the adrenaline, the strange and magnificent people you met like my good friend Lyman Louis, and the sheer ludicrousness of bearing your soul in front of perfect strangers and occasional hecklers. It made no rational sense why anyone would expose themselves as such but then again nothing else in life made sense either, so it was just OK. In fact it was better than that. Suddenly it was fun too.

The thing is, tonight, Saturday night, about 4 years since that beautiful open mic debacle, I’ve got a sold out debut CD release show in front of a whole bunch of friends and fans who I never, ever would have had the great fortune of meeting had it not been for meeting Dan and his wife Cheryl Mitzlaff tat night. I don’t know about you, but it’s often true that as you get older it get’s harder to make real and lasting friendships. But I feel like ever since I got past that first 7 minutes of that first open mic, the point of the distinction about being from ‘Vancouver’ vs. ‘Western’New York, that my life has opened up exponentially because I’ve allowed myself to open up. There’s this large, thriving, talented, and endlessly creative, beautiful music community here inPortlandand the surrounding area. And I only occupy a tiny corner of it. But my tiny corner is chock full of Amazing People: Gentle Souls, Poets and Healers, Priests and Clowns.

There’s not a lot of THINGS that I believe in. But I believe in the goodness of people. I believe in community. I believe in falling in love. I believe in connections. I believe that music and songs along with people and community and love have the power to heal and change the world. I know they changed mine. I’m not even sure how anymore. But I do know that at some point Saturday night, up on stage, I’m gonna tell that story how I got here, starting in ‘Western’ New York, and somehow it’ll all make sense. I am so, so, so Grateful for that. And one more thing, don’t forget to believe in yourself. Trust me when I say this, if I can do it, ANYBODY can do it!