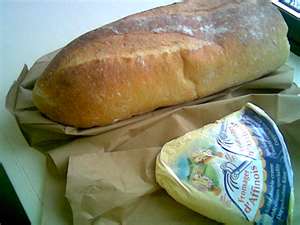 Grateful Blog: Day 87: It should surprise no one that knows me that I talk to the people at the grocery store. I mean we all do that right??? I can’t say that I know them all by name but we always talk. About this, that, life, the weather, and plans for the weekend. I always say ‘Hi’ to the checkers as well as the gals at the deli, and ask then how they’re doing, to the wine steward who lives in Battle Ground and the guys at the butcher counter, Johnnie and Ramón. Johnnie’s Dad died last year. It was a hard time for him. He took several trips toCaliforniato be with him, then to settle his affairs. Johnnie’s an easygoing guy but you could see how losing his Dad wore on him in his face. It’s been almost a year now and I still see it there. I know it’s still going to be awhile but every so often Johnnie gets this big laugh and I know he’s going to be alright.

Tonight Johnnie wasn’t there and Ramón was. We chatted a bit and of course I asked ‘how’s it going?’ and he said ‘Great! I can’t complain’. It was unusually chipper for him. So I asked ‘Well THAT’s positive for a Monday?!’ and then he said ‘It could be worse—a lot worse. You know the gal who works the cheese counter and olive bar?’ ‘Yeah, sure I do.’ She had a stroke the other day. Can’t talk or function. She’s got a 2 year old.’ My heart sank. I’d talked to her dozens of times. She’s a fan of country music and she always said ‘Hi’ because she saw my cowboy hat. We’d talked about music, and life—almost never about cheese or olives. I’m sad that I don’t know her name although I doubt that’d matter. I spent the rest of the time in the store in a fog, trying to wrap my mind around what a difficult time she must be going through while feeling Ramón’s sense of optimism and relief because that horrible something that suddenly happens wasn’t happening to him, or me.

I bought my groceries. The checker was new. It was weird somehow. The flowers I’d bought for my wife didn’t ring up right. There was no special occasion, mostly ‘just because’ I wanted her to feel special today. Ultimately I gave in, told the checker ‘whatever’ just to stop holding up the line. I went outside and it was windy, a storm front brewing. The wind hit my over-stacked cart and things fell onto the pavement. I started gathering up items in the road when a much older man, probably in his 80’s, stopped, stooped over, and took a new, warm loaf of bread that had fallen out of the sleeve onto the pavement and gently slid it back in and handed it back to me. Our eyes met briefly and he kindly said ‘Here’s your bread, I hope I didn’t make it worse’.

In retrospect it seems like such a weird thing to say, but at the time, it made perfect sense to me. That little kindness between perfect strangers that we might see every day and never, ever notice. Tonight I’m so Grateful for that…