The ‘Ain’t Done Ramblin’ Yet’ Tour came to a close last weekend at the Woody Guthrie Folk Festival in Okemah, Oklahoma. I unplugged my guitar, walked off the stage and into the crowd, and then sang ‘May the Good Lord take a liking to you’ one last time before an unexpected standing ovation. And just like that, after 23 shows in 15 states over 6 weeks, with 11 plane flights (I’m still trying to forget the one I showed up 1 day LATE for), countless weird motels (I’m lookin’ at you Brownwood, TX!) and 4 rent-a-cars (one stretch included 6,000 miles of driving in 3 weeks), the EPIC journey was over. Phew… 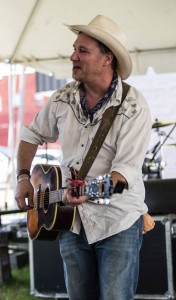 There were so many Great nights and Incredible shows along the way it’s hard to know where to start. Every show I played my heart out and almost without fail the audience embraced me and you could almost feel a little magic in the air. I wish I could point to one moment where it all crystallized and came together but it felt like it did during each show in one way or another. I played at festivals, in living rooms, bars, coffeehouses, courtyards, parking lots, fields and in one public library. One show started out in a noisy bar with me singing in the corner through a sound system and ended up with me playing unplugged—standing on a picnic bench in the middle of the bar—with the crowd so quiet you could hear a pin drop…THAT night—and the whole tour—still feels like a Dream…

And there were many old and new friends I met along the way, so many folks who put me up for a night in a spare room (or gave me theirs), fed me delicious food, told me their stories and inspired me in countless ways…And time after time, before long, I was made to feel like part of the ‘Family’. There’s a real gift to doing that, and I can’t say THANK YOU! enough to those extremely generous folks…

I’m sure with time, my memories of the ‘Ain’t Done Ramblin’ Yet’ Tour will change and inevitably some will deepen and some will fade…but the thing I can’t escape today as I type this, is that as recently as 5 years ago—when I was still playing open mics and before I’d ever booked any real shows—is that someday I’d get to play some of the places and festivals I’d never allowed myself to dream of playing, and that somehow I’d ‘belong’ in those places and on those stages…That’s the most gratifying thing I feel right now…just knowing ‘l can do this’. It’s pretty damn cool… 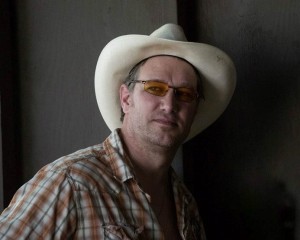 I have a handful of shows coming up—most closer to home—2 in Seattle, a couple in Portland and a few out of town. I’m honored to have been selected out of hundreds of submissions to be an ‘Emerging Artist’ at the Falcon Ridge Folk Festival in Upstate, NY and have also been selected (after 5 years of trying!) as an ‘Official Showcase Artist’ at Folk Alliance’s Far-West conference in Oakland, CA…Yup—more flights and rent-a cars—so maybe, just maybe I Ain’t Done Ramblin’ Yet after all!!

For info. on specific venues, times, etc. go to: http://danwebermusic.com/shows/index.html

***During the The ‘Ain’t Done Ramblin’ Yet’ Tour I played in 4 songwriting contests—the Tucson Folk Festival, the Rose Garden Coffeehouse in Mansfield, MA, the Kerrville Folk Festival’s ‘New Folk’ Competition in Texas and the Susanne Millsaps Performing Songwriter Competition at the Utah Arts Festival in Salt Lake City… 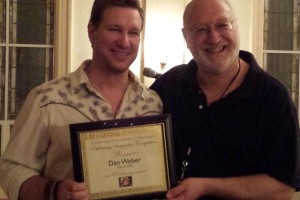 I took 1st Place in the Rose Garden Coffeehouse contest (I thought I’d NEVER win one!), 2nd Place in the Susanne Millsaps competition, and was a Finalist in Kerrville ‘New Folk’ (3 times in 4 years!), and in Tucson (3rd year in a row)…No one I know is a huge fan of songwriting contests—it’s a pretty weird experience ‘competing’ on what is essentially subjective (Music)—but I’ve met some wonderful people and so many other talented artists so I still think it’s pretty cool to do them…

Lastly, I wanted to say ‘Thank YOU’ again for all the support. So many great things are happening in 2015 and every bit of ‘success’ I’ve had has been a surprise to me and I’m just grateful to be able to chase my dream for a while. THE most rewarding part of playing the shows was meeting folks all over the country and getting to know them. I met so many Wonderful people and your hospitality and kind words are what kept me going. It’s as Simple as that. So ‘Thank YOU!’ for Listening, Reading, Sharing, and Helping me make this long, Crazy musical journey of mine possible…I’m really humbled by your overwhelming show of support. 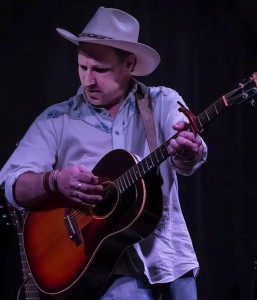 ***‘What I’m Lookin For’ has 14 new songs including ‘(I Deal with) Crazy ALL Day’, ‘Oh Woody’, ‘Pretty Good Tonight’, and ‘Do You Ride Horses’ to name a few and several you’ve probably not heard before since I’ve not played them live. ‘What I’m Lookin For’ is my best songwriting yet so I really think you’re gonna love it! You can pick up a copy at my website http://danwebermusic.com/music/wilf.html where there are links to iTunes, Bandcamp, CD Baby, etc. 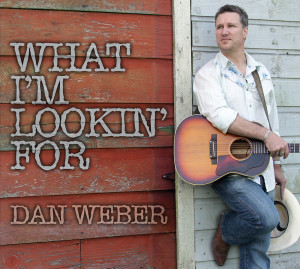