Congratulations to our 2019 Songwriting Contest Winners!

Ahhhh, it’s finally August! The annual Perseid meteor shower is in full swing and I just came back from a backpacking trip in the Ochoco Mountains (in Central Oregon near Bend) and got to see quite a few shooting stars fall in the moonless sky underneath these tall, stately  Ponderosa pines. It’s just the kind of soul-stirring trip I needed to recharge my batteries… 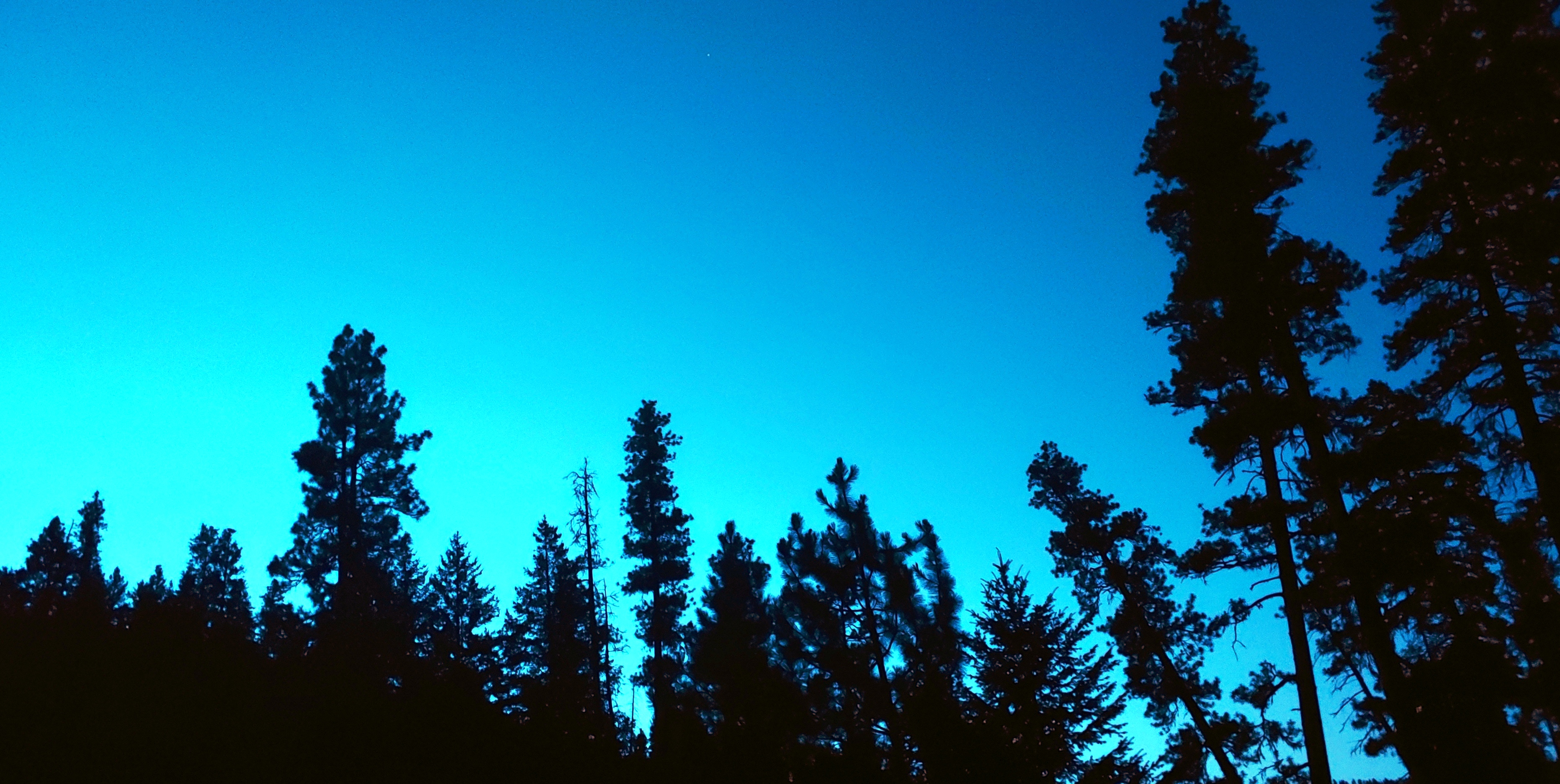 Before that I’d been on the road a bit. I helped host our 10th (and sadly ‘Final’) Pacific City Music Festival. A trio of myself, Michael Henchman on bass and Jerry Towell on guitar closed down the festival with a set that rocked, rolled and felt sublime at times. Then we encored with ‘The Weight’ to wrap it up once and for all and it felt just right.

The ‘Somewhere Down the Line’ Spring Tour in March and April was a big success. I dodged some snow (and exhaustion) at the very end (I was fighting something…) but there were some transcendent nights along the way. Then I drove to Texas and back (yeah that’s ‘Nuts’ I know…) and hung out at the Kerrville Folk Festival for 2 weeks. I survived the heat by putting an air conditioner in my tent. It was decadent, completely ridiculous and I must say quite nice all at the same time.

But at Kerrville there’s not much for email/internet service so I missed several emails. Then one day a few weeks after I’d gotten home I got a check in the mail from the Woody Guthrie Folk Festival that just said ‘songwriting contest’ on it. No explanation or note. So I called around, found an old email from 4-5 years ago and turns out I won the 2019 Woody Guthrie Songwriting Contest for my anti-gun violence song ‘Ever Since Columbine.’ I was stunned. So once again I had the privilege to go back to Okemah, Oklahoma to play ‘Woodyfest’ (one of my absolute favorite festivals) and sing ‘This Land is Your Land’ with Arlo Guthrie and a bunch of other artists. That’s a magical thing— just to be on stage with Arlo—and chime in a little from the side of the stage. Here’s a picture of me during my set on the main stage: 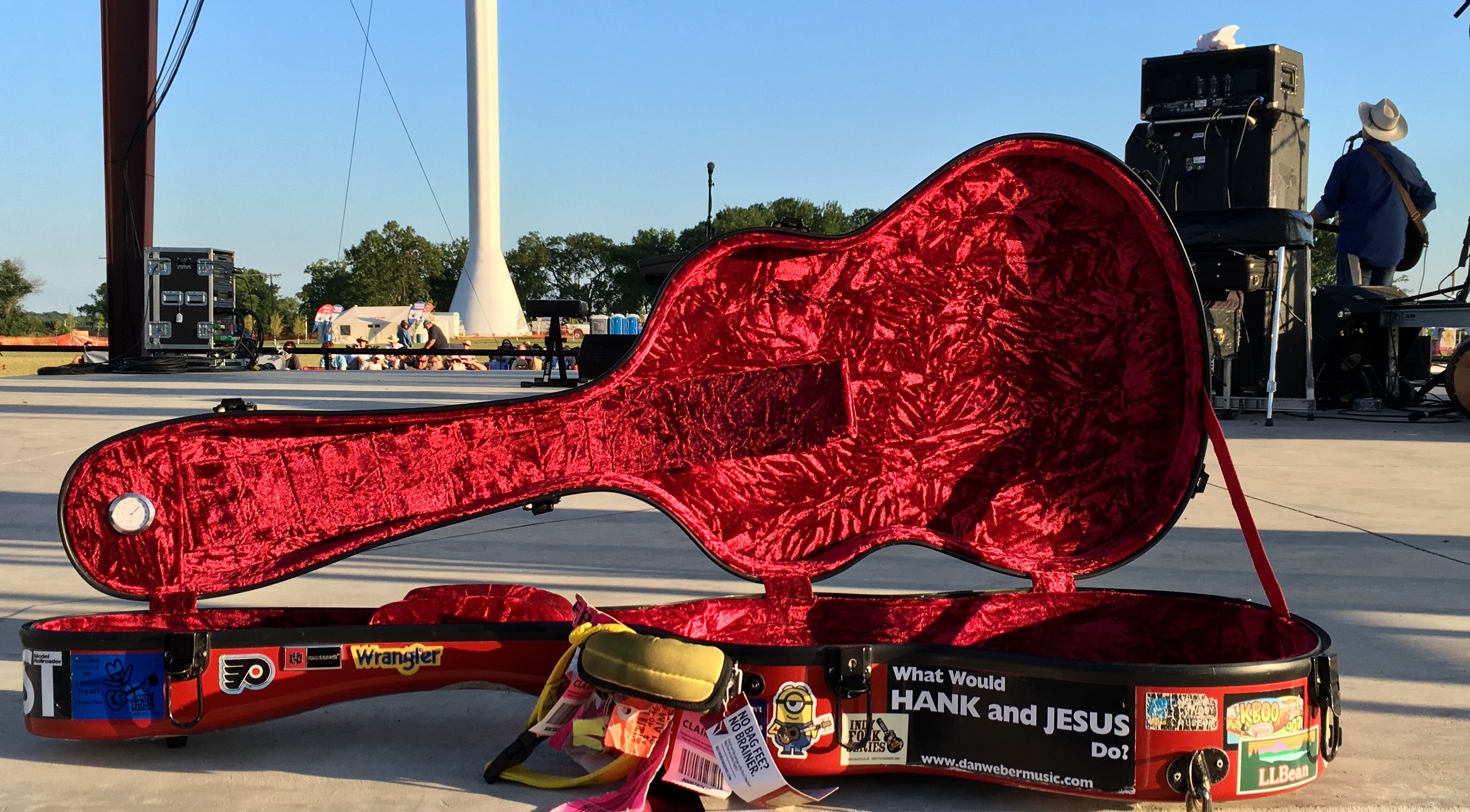 After having ‘Ever Since Columbine’ win the contest, then finding out of the shootings in El Paso and Dayton (where I lived for 4 years in college) on the way home from my backpacking trip I finally made the decision to go into the studio and make a new record. I don’t have a ‘plan’ or a studio/producer at this point (but if anyone knows Joe Henry or Mark Hallman let me know—those are my 2 ‘dream’ producers). I just counted 31 unrecorded songs I’ve been playing since ‘What I’m Lookin’ For’ came out in 2015 so there’s got to be 10 or 12 good ones in there somewhere…

Also I would be remiss if I didn’t say ‘Thank You’ and how grateful I am to all of you who reached out about my Dad’s passing. I must admit to feeling a little ‘rootless’ since it happened. And I don’t admit it much, but sometimes when I’m alone I still talk to him and ask him questions and it makes me wonder why we didn’t do it more when he was alive. I guess this is how these things usually go…

I’m working furiously on booking a Northeast/Mid-Atlantic/Midwest tour in March/April 2020 from about March 12th to April 5th so I could REALLY use your help! I’d love to hear where I should try to play, or where you’d like me to play. So many of you have seen me at a House Concert and know how intimate, cool, and an amazing that experience can be. They’re fun and easy to host so if you’re thinking ‘I’d like to have a House Concert!’ drop me a line at: dan@danwebermusic.com—and let’s talk!!

It’s simple, fun and as always, is an unforgettable night for you and you’re friends who come to the show…Let’s do it!!

I’m heading out on the road for a month for my ‘Last Night there was Poetry’ Tour (a line from a new song in case you were wondering). Hopefully I’ll see you at one of these upcoming shows again soon—and hey, bring a friend or 2—they’ll have a blast too! 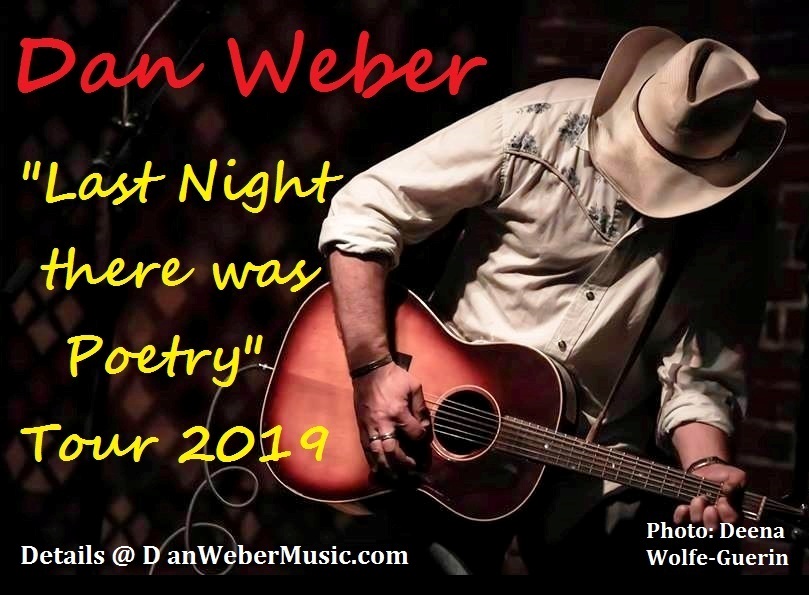 Lastly, I wanted to say ‘THANK YOU’ again for all the support. So many great things have happened in the past few years and every bit of ‘success’ I’ve has come because folks have embraced me and I’m so Grateful to all of you who’ve helped me chase my dream a bit. THE most rewarding part is playing the shows and meeting folks all over the country and getting to know them. I meet so many Wonderful people and your hospitality and kind words are what keeps me going. It’s as Simple as that. So ‘Thank YOU!’ for Listening, Reading, Sharing, and Helping me make this long, Crazy musical journey of mine possible…

I’m really humbled by your enthusiasm and show of support.

Note: As always, some show details change or are in the process of being confirmed, so check back on the website for info. on specific venues, times, etc. at: http://danwebermusic.com/shows/index.html And you could also might check on my Facebook page as well.